Baked apples were one of the first desserts I ever baked up all on my own; I’ve probably been making these, with variations here and there, for ten years. Read: they’re incredibly easy. I made them ahead of time and left them to sit for a few hours before popping them in the oven. It’s also a super versatile recipe, because you can mix up a filling out of whatever you have on hand. This version has a filling made of oats, cranberries, and almonds, and a creamy cinnamon vanilla yogurt topping, but really any kind of nut and any kind of dried fruit will do. It’s a great way to use up any leftovers from your apple-picking harvest! 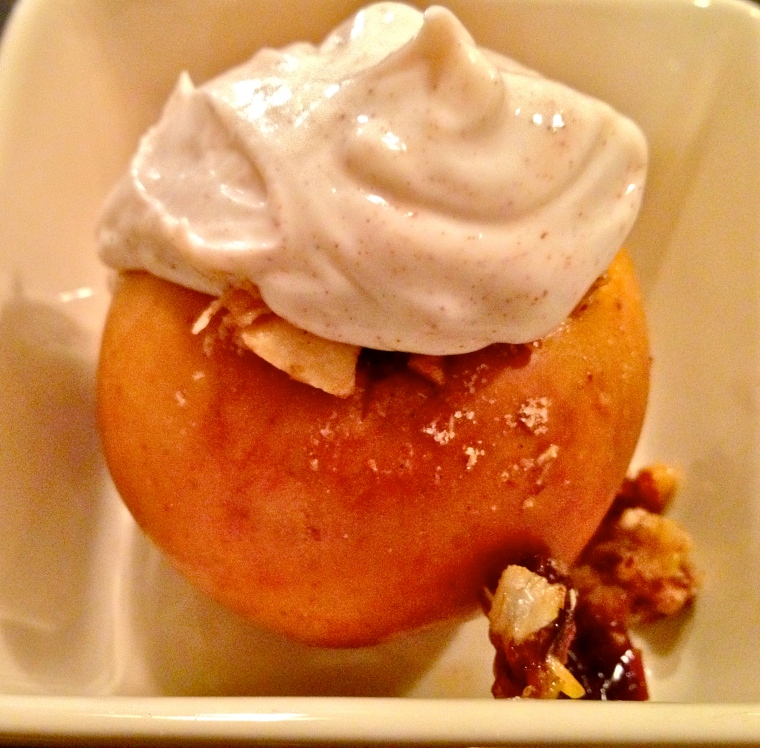 for apples:
4 apples, cored, with a little slice off the bottom so they have a flat base to stand on
1/4 cup old-fashioned oats
2 heaping tsp brown sugar (I used white sugar because we were out of brown, and it was almost as good)
1/4 cup dried cranberries
1/4 cup roasted salted almonds, ground
1/8 tsp cinnamon
4 pats butter (or use earth balance for vegan baked apples)

Combine oats, sugar, cranberries, almonds, and cinnamon in a bowl.

Mix up the yogurt and cinnamon and dollop over the apples. Enjoy!