Ohmygod these are the best s’mores ever. I don’t even give ’em the ol’ campfire treatment and they’re still the best ever—even in the oven, they’re toasty and good. I’m eating my way through my current batch very very quickly. The crackers have just a bit of ginger and cinnamon—enough to make things interesting—and their texture is different from your average light and crispy graham cracker. They’re a little more crumbly and a little more substantial. Makes for a really nice batch of s’mores! The only problem is keeping enough of the graham crackers around so that I can have one whenever I want. I think this means I have to up my graham cracker production…

to assemble:
jumbo marshmallows
chocolate (I only had chocolate chips in the house, so that’s what I used)

In a food processor, pulse together the almond meal, coconut flour, potato starch, baking powder, baking soda, cinnamon, ginger, and salt. Then add the maple syrup, molasses, butter, milk, and vanilla and pulse just until the dough comes together. If it’s looking too wet, add a bit of coconut flour and pulse again.

Turn the dough out onto a sheet of parchment paper, press into a flat disc, and wrap in the parchment. Refrigerate for at least 30 minutes, or up to a few days.

Preheat oven to 350 F. Remove the dough from the fridge and roll out to about 1/4 inch thickness. Cut into squares (or whatever shape you want) and lay flat on a parchment-lined baking sheet. If you like, use a fork to make some kind of cute little design. Bake for about 10 minutes, until the edges just start to brown. 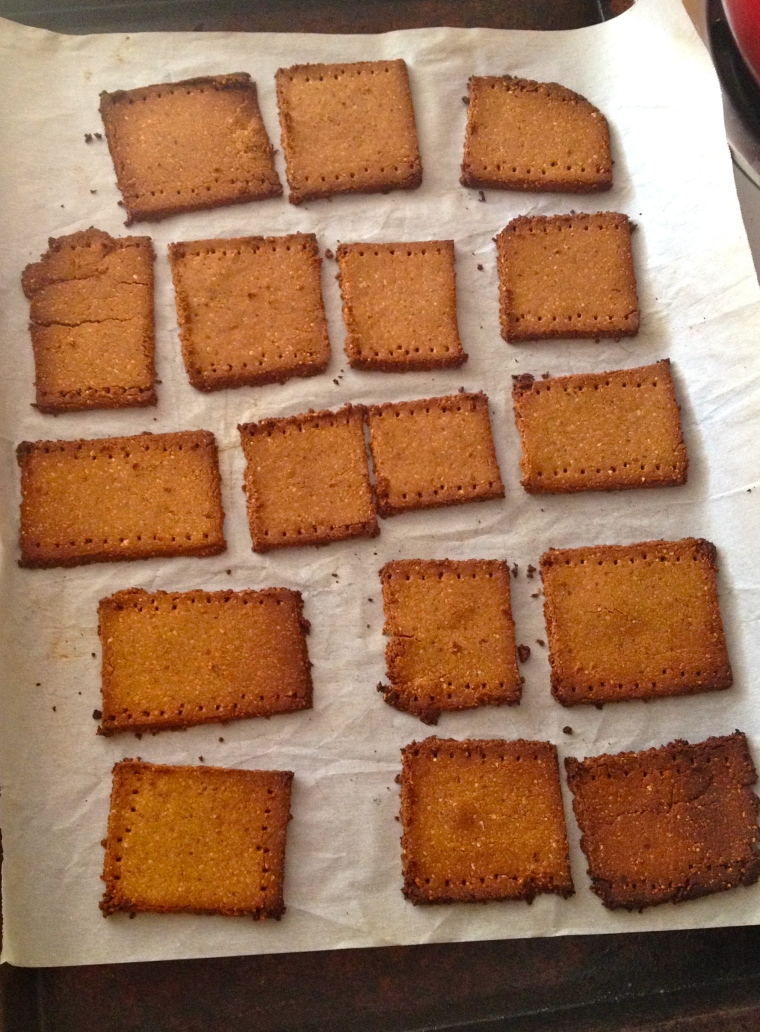 That’s it for the graham crackers! When you’re ready to make the s’mores (which, for me, was immediately), turn the oven up to 400 F. While it preheats, top the graham crackers with chocolate and add a marshmallow to each. I tried sandwich s’mores and the open-faced kind, and open-faced is the way to go. You get double the s’mores goods that way, and still all that toasty marshmallow on top. Pop them in the oven just for a minute or two, until the chocolate has melted and the marshmallows are lightly browned.

That’s it! Keep the rest of the graham crackers in a sealed container and just repeat the melting process when you’re ready for another s’more. I put them in my cast iron skillet to toast in the oven, and maybe I’m imagining it, but they seem to toast up just perfectly this way. 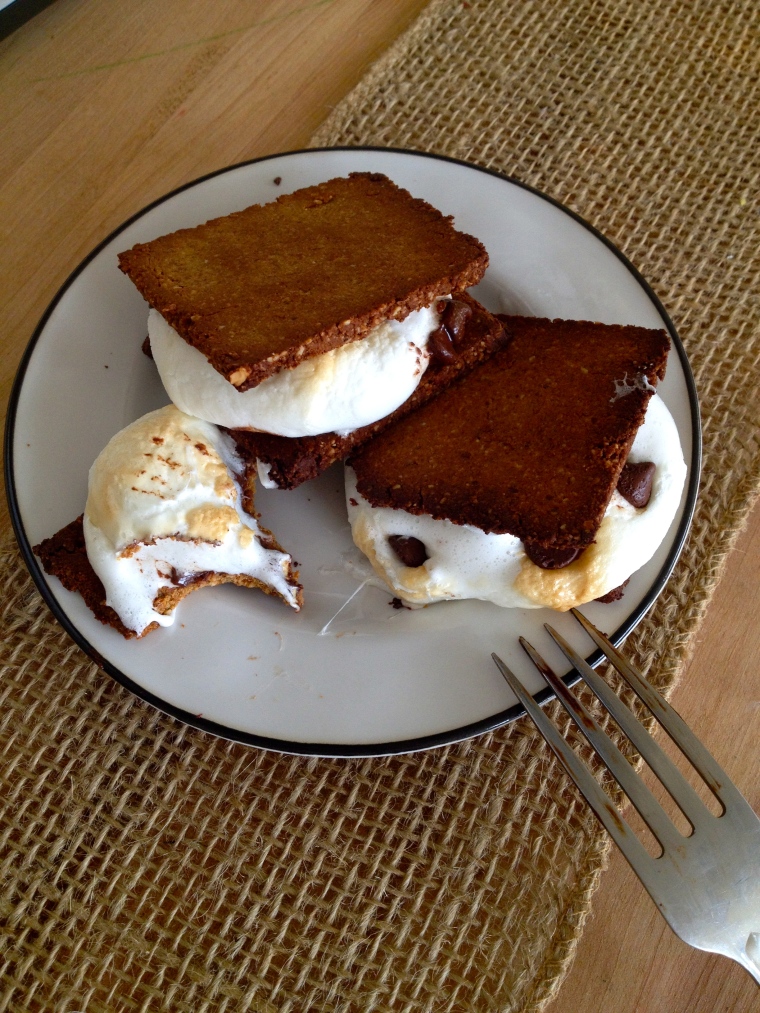