Yes, along with every recipe blog out there, I’m celebrating that it’s fall: time for soups and stews! But I’ll tell you up front: this chili post isn’t what you think. I’m sorry, chili lovers, but I’m about to get weird on you. Look at the last ingredient before the toppings—it’s kale. In chili. If that sounds too freakishly non-traditional to you, you’re probably right. I’ve never heard of someone putting kale in chili before either. But I felt like it had to be done. I had all this nice kale in the fridge and thought, it’s just so good for you, I should punch up the veggie credentials of my chili with a bunch o’ the good green stuff. I chopped it up tiny so that it would be inconspicuous and just stirred in near the end of the whole chili process, and it really flies under the radar. I like it. And if you saw my previous post on chili, you might recall that I’m a freak for toppings—well, nothing’s changed. So whip this up, pat yourself on the back for throwing in some kale, and dollop on another spoonful of sour cream. 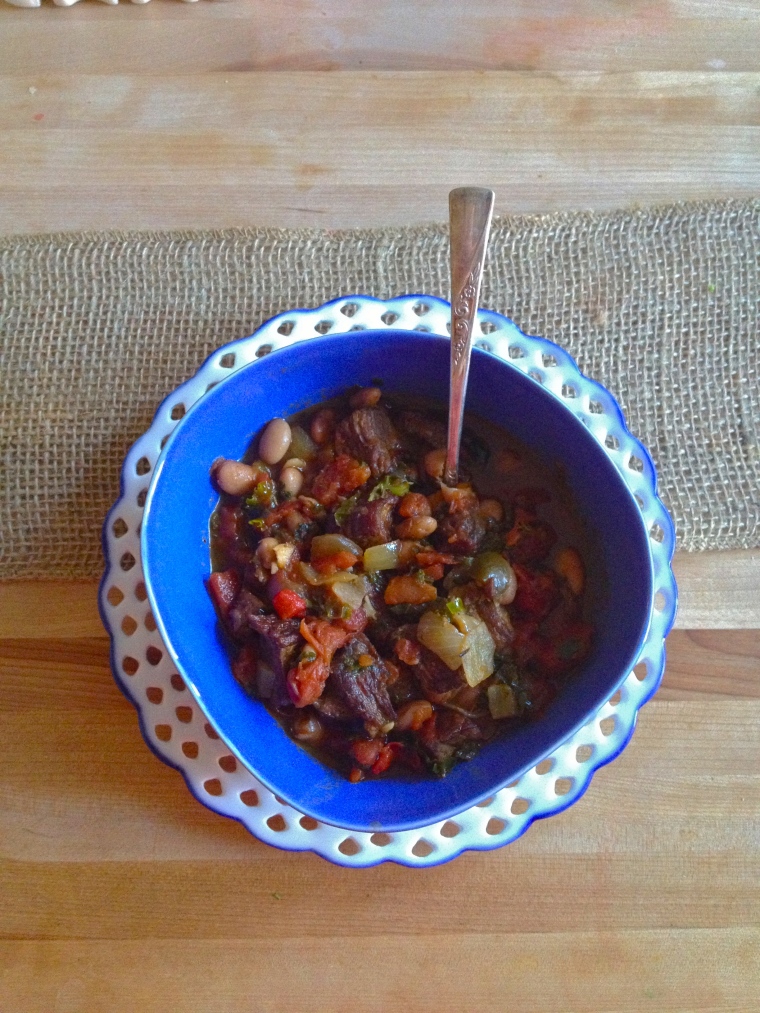 Just the Recipe link: Meaty Chili with Beans and Kale

Heat a Dutch oven or other large pot with a lid over medium high heat. Add a splash of olive oil and a bit of butter to the pot and brown the beef. I did this in two batches: put half the beef in the pot in a single layer, without letting the pieces touch each other, and let it sit without stirring or moving until browned. Then flip each cube of beef over and brown the other side. Remove the beef to a plate once it’s gotten some color (don’t worry about cooking it all the way through) and add the second half of the beef to the pot, repeating the same process until all the beef has been browned. Set aside. 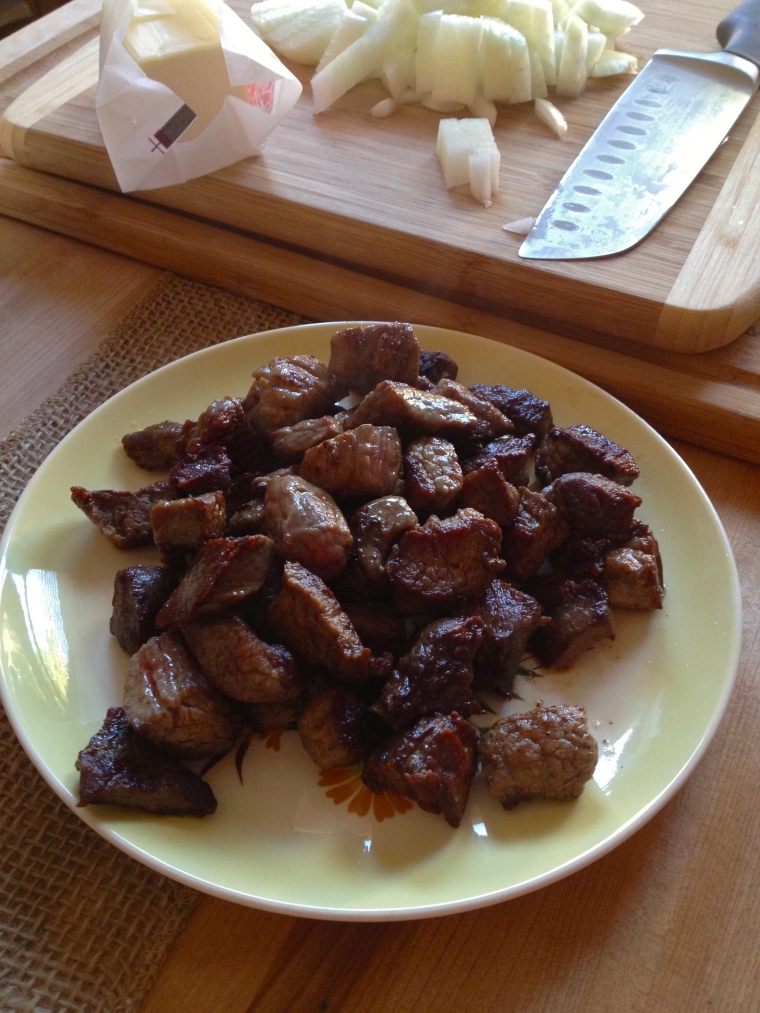 Turn the heat down to medium low. In the same pot, add the onions and garlic and a bit of salt, which will keep the onions from browning too quickly. Cook until softened but not browned and then add the oregano, cumin, cayenne pepper, and red pepper. Stir and cook for a minute, just until the spices are fragrant.

Pour in the tomatoes, bell pepper, and Worcestershire sauce, and add the beef back to the pot. 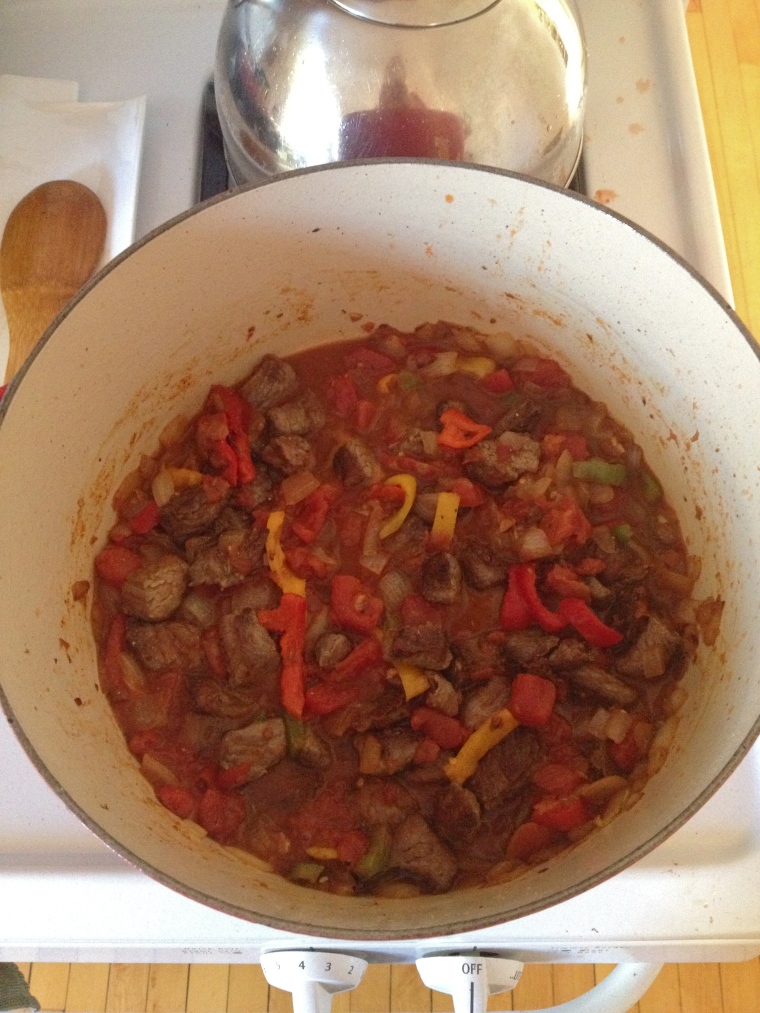 Bring the chili to a boil and then turn down to a simmer. Put the lid on the pot and cook for 2 1/2 hours, stirring occasionally and checking to made sure the chili has enough liquid – I ended up adding about 1 1/2 cup of water partway through the process, to keep things nice and juicy.

That’s it! Dress up the chili with some toppings and dig in. Worth noting: this was good when I tried it immediately, but it was even better the next day. PRIME leftovers food right here! 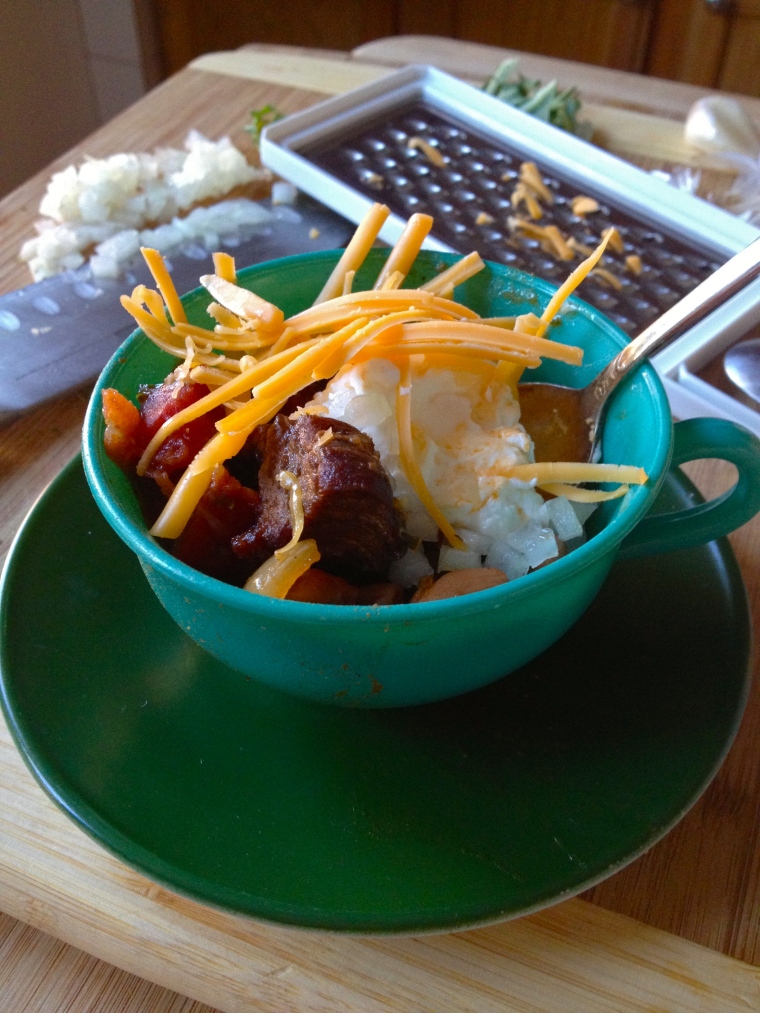