Here’s a quick and simple dinner recipe that I love to make on weeknights (you can tell from the poor lighting in my photos that I really do make this on work nights!). Shredded Brussels sprouts salads are so popular right now, but for me, they’re only really special when they check a few specific boxes: the dressing needs to have a creaminess factor, supplied by a bit of mayo here. The tart-sweet balance has to be just right – so I’ve paired apple cider vinegar with honey. And though I hate to say it, the protein must come from something other than bacon (as is so often the case with Brussels sprouts salads). This is a dinner salad, not a side salad, so the beans and chicken are essential and so so good. Here’s how you know this is an awesome dish: I always make twice as much as I’ll need, so that I can bring the leftovers to work for lunch the next day. But once or twice I have eaten the whole thing and had to think of something else to bring for lunch. What can I say…it’s healthy and tastes fantastic! 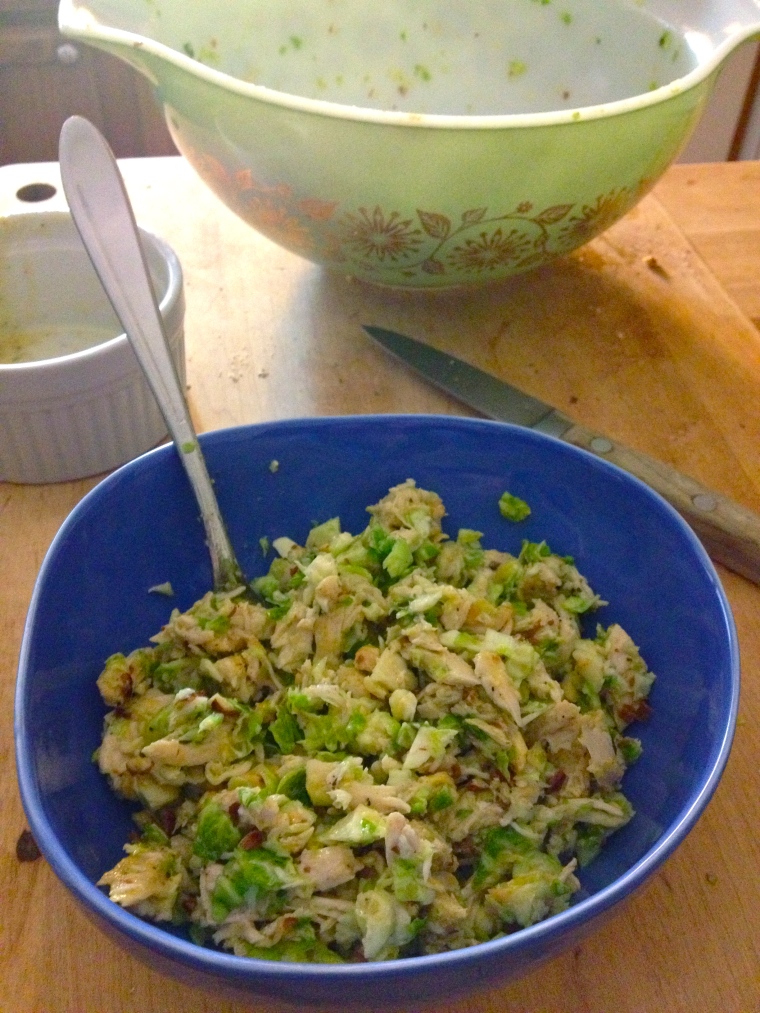 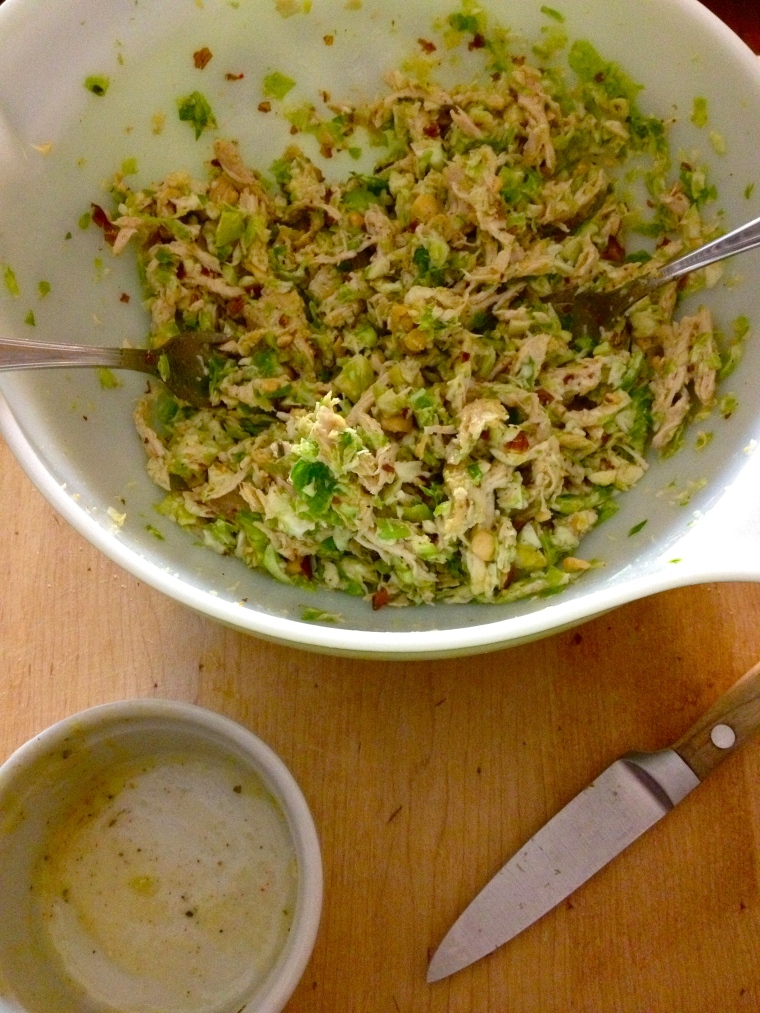 My approach to cooking is strongly influenced by something she once said: “Don’t worry if bits of eggshell get into the bowl. It proves it’s homemade.”

So when I made her recipe for roasted brussels sprouts and discovered that a few lemon seeds had made their way into my final product, I wasn’t bothered in the least.

All is right with the world. Try these Rosemary Lemon Roasted Brussels Sprouts a la Nigellissima yourself, and just be sure to mind the pips! 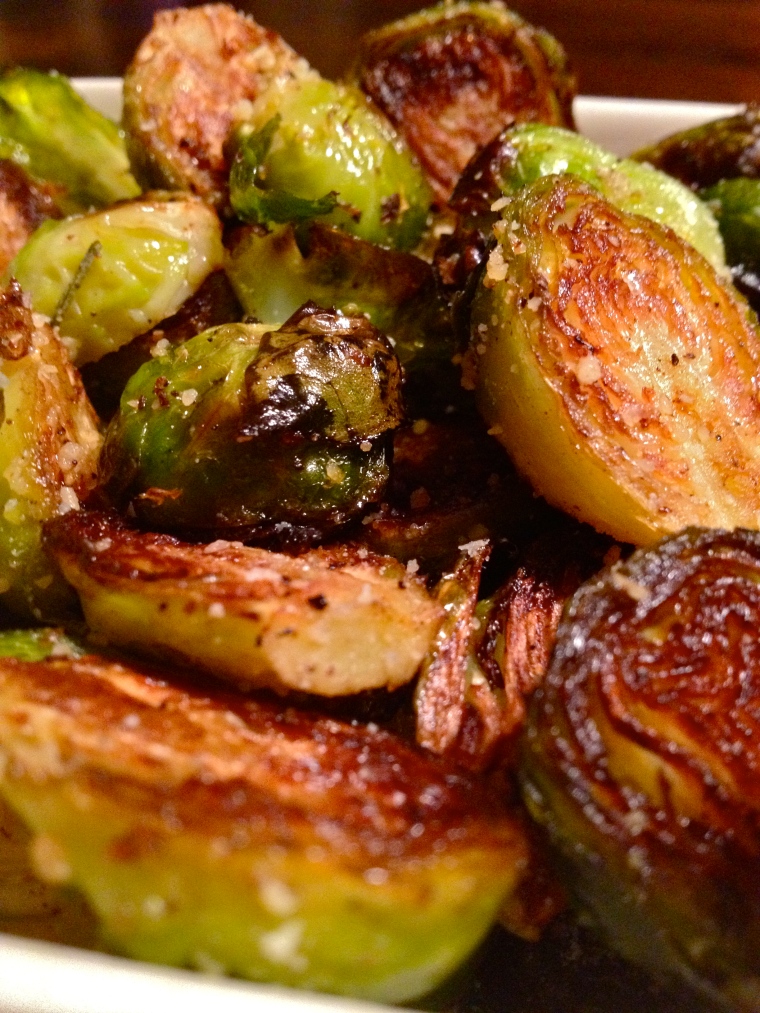 olive oil
1 lemon, zested to taste (I go lighter on lemon zest but Nigella’s recipe calls for the zest of a whole lemon)
1 clove garlic, grated or finely minced
1 sprig rosemary
a few handfuls of brussels sprouts, trimmed and halved (you want enough to form a single layer on the bottom of a standard sized cast iron skillet)
1-2 tbsp parmesan cheese (to taste)
salt and pepper
NOTE: this recipe doubles and triples easily if you’re cooking for a bigger group! 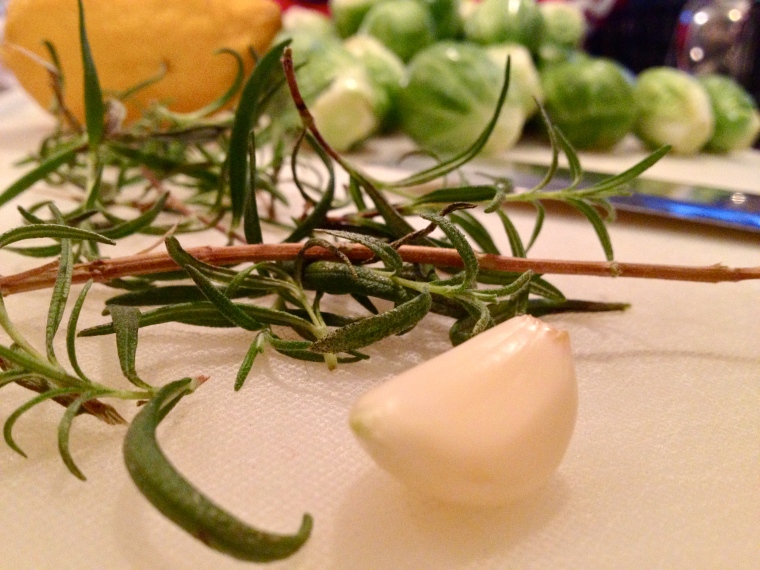 Drizzle olive oil on the bottom of a pan (I used my cast-iron skillet). Grate the garlic and lemons zest into the pan and, tearing the rosemary leaves apart roughly, strew them about the pan. You can leave them large enough to remove at the end if you like. Add the brussels sprouts and toss to coat. 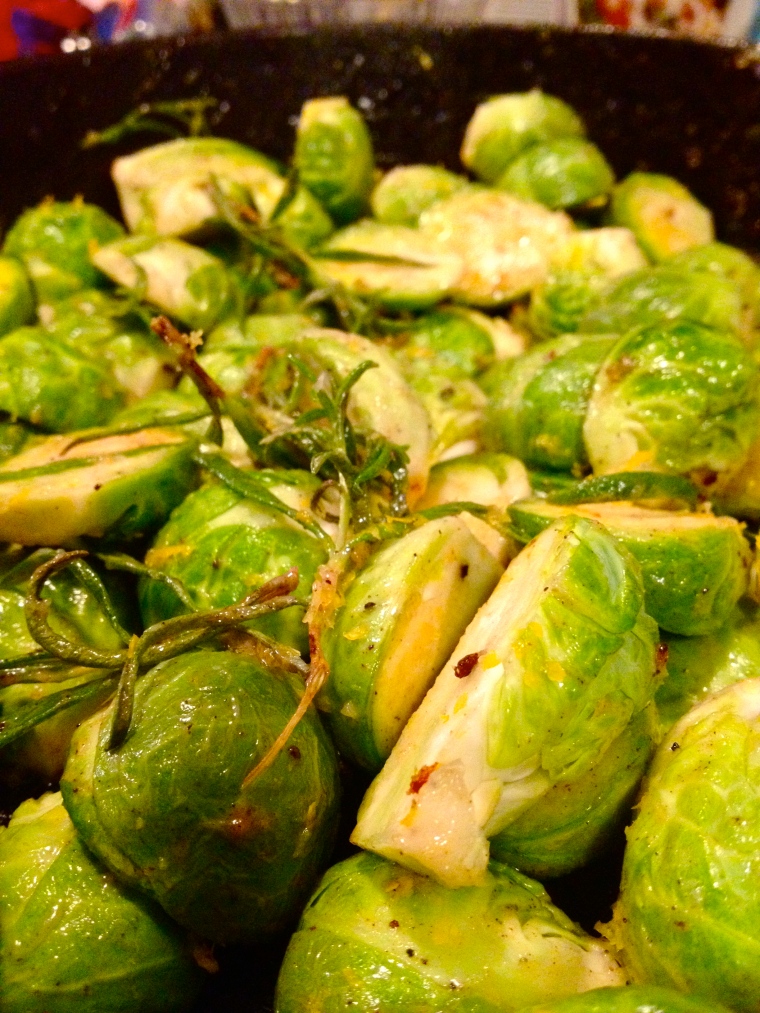 Roast for about 15 minutes, until starting to become tender. Drizzle with lemon juice and sprinkle with parmesan and salt and pepper at pop back in the oven for another 5 minutes. They’re ready when they’re tender but still have a little bit of bite in them. 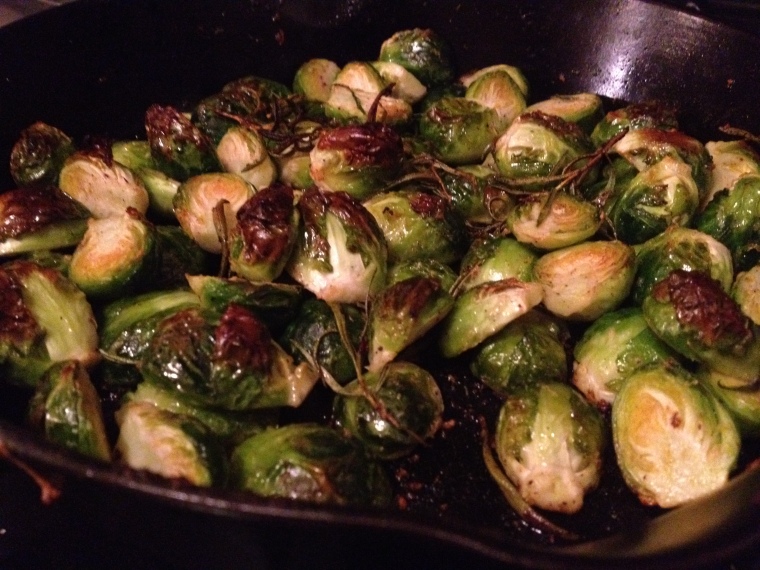 Pull out the rosemary leaves and serve ’em up! These make a fantastic side dish to an herby roasted chicken, but we ate almost all of them straight out with our fingers. Yeah, they’re that good!